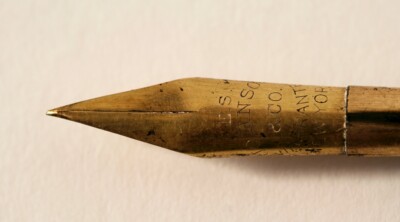 In connection with the 302nd anniversary of the classic novel “Robinson Crusoe” by Daniel Defoe , we take the opportunity to pay attention to the extended copyright protection of classic works in the Swedish Copyright Act.

Copyright protection of a creative work in Sweden applies during the lifetime of its author and 70 years after his or her death. After the expiry of this term of protection, it is in principle free for anyone to use the work in any shape and way they like. However, Article 51 of the Swedish Copyright Act stipulates an exception to this free use, by the so-called ”protection of classics”. According to this article a court may, at the request of an authority determined by the government, prohibit certain reproductions of a work if the reproduction is made in a way that “violates the interests of spiritual cultivation”.  The provision does not apply to reproductions that are made during the author’s lifetime. The main purpose of this “extended protection” is, according to the legislative history, to protect free works, mainly the classic masterpieces against distorting reproductions of a grosser nature.

Other Scandinavian countries have similar provisions for protection of classic works to the Swedish one, and there are also other countries which have provisions regarding moral rights of this “perpetual” nature.

First case ever to be tried in Swedish court

Even though the protection of classic works has been regulated in the Swedish Copyright Act for over half a century, the provision has never been tried in a Swedish Court until just recently. In 2019, the Swedish Academy, one of the authorities which has the right to request a prohibition in accordance with Article 51, decided to sue two neo-Nazi organisations in the Swedish Patent and Market Court, demanding the prohibition of the organisations’ publishing of certain poetical works extracts, pursuant to the classic works provision. The Swedish Academy claimed that the organisations, by publishing extracts from old and famous poetical works of i.a. Esaias Tegnér (1782–1846) and Viktor Rydberg (1828–1895) on their website which the Academy considered contained illegal, offensive and discriminating content, had used the works in a foreign and offensive context.

In its judgment, announced on April 15, 2021, the Patent and Market Court did not approve the Academy’s claims. Although the relevant works was considered to be a part of “the cultural heritage” and thus covered by the protection of classics provision, the court stated that the provision was not applicable in the current case as the relevant works had not been subjected to changes when published at the website. According to the court, the relevant provision cannot be applied in matters where the classic work remains unchanged, even though it is used in a context that may be considered offensive.

At the time of writing, it is still possible to appeal the court’s decision to the Swedish Patent and Market Court of Appeal. Regardless of the final outcome this ruling may perhaps pave the way for further legal discussions regarding the applicability and meaning of the intriguing  provision about “classic works”.

If you have further questions about copyright, don’t hesitate to contact us.

You may read more and order the complete judgement from the Patent and Market Court here.