DESIGN vs PATENTS – A recent EU judgement highlights the difference 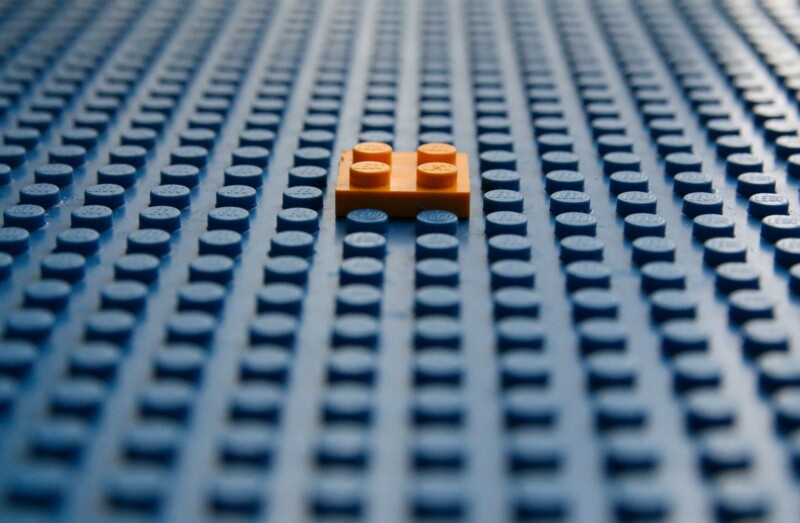 Protecting your inventions and ideas are important, but when to apply for a patent and when to register a design? The recent Lego judgement shines a light on the relationship between these two forms of intellectual property, IP, and accentuates the need to identify and define the sought after scope of protection for your patents and designs.

As a European Patent- and Design Attorney at BRANN, considering whether an innovation is to be protected by a patent or a design registration, is a common task and topic in discussions with clients. While a patent provides exclusivity for a technical solution that can be implemented in a product, a design registration provides protection for the design, i.e. the appearance of the product. In order to further distinguish patents from designs, it is a principle of design law that a design cannot be valid if all the features of the design are dictated by the technical function of the product it concerns. This requirement prevents design protection for purely technical innovations which should be protected by patents.

Lego A/S (Lego) filed an application for registration of a Community design with the European Union Intellectual Property Office (EUIPO) on 2 February 2010. The design was represented by the following shown views of a product described as “building blocks from a toy building set” and registered as a Community design under No 1664368?0006.

The German toy manufacturer Delta Sport Handelskontor GmbH (Delta) filed an application for a declaration of invalidity of the design registration on 8 December 2016. They argued that all features of the appearance of the product of the design were solely dictated by the technical function of the product, i.e., to allow assembly with, and disassembly from, the rest of the bricks of the set. Successfully invalidating the design registration could expose Lego to increased competition in the market of toy building sets.

The declaration for invalidity of Lego´s design registration was initially rejected by the EUIPO on 30 October 2017. However, as is generally the case in IP law, decisions can be appealed. An appeal was filed by Delta on 5 January 2018. This appeal was successful: the Third Board of Appeal of EUIPO annulled the earlier decision on 10 April 2019 and declared that the design registration held by Lego was indeed invalid as all the features of the appearance of the Lego brick product were only dictated by the technical function.

Lego in turn appealed this decision on 19 July 2019 to the Luxembourg based General Court of the European Union, which on 24 March 2021 gave the judgement that the Third the Board of Appeal of EUIPO had erroneously declared the design invalid.

In its judgement the General court first noted that, according to Article 8(3) of Regulation No 6/2002 and as exception to the general principle, the mechanical fittings of modular products may indeed constitute an important element of the innovative characteristics of modular products and represents a major marketing asset, and therefore should be eligible for protection. The Board of Appeal had not examined the relevance of this exception and had further erroneously found that Lego´s reliance on this exception for the first time before the Board of Appeal had been out of time.

Second, the General court noted that the Board of Appeal of EUIPO had made an error when identifying the features of the appearance of the Lego product. In addition to the six features (i)-(vi) of the design there was a seventh feature, namely that: (vii) the brick in question had a smooth surface on either side of the row of four studs on the upper face. By failing to identity this feature, the Board of Appeal had infringed the provisions of the Regulation on Community Designs as the Board nevertheless had decided that all features of the appearance of the Lego product were dictated by its technical function.

As can be expected, the aesthetic vs technical nature of the smooth surface on either side of the row of four studs on the upper face of the Lego brick was indeed discussed during the proceedings before the General Court. Here EUIPO argued that this surface was merely characterized by the absence of studs and thus not a feature of the design. EUIPO further argued that the smooth surface was in fact technical in character as it allowed various figures, such as steps or bends, to be built which would not be possible if additional studs were present. Both arguments were unsuccessful as the General Court, to the contrary, considered this smooth surface as being a feature of the specific appearance of the Lego product.

The relationship between designs and patent

As a Patent Attorney, it is a natural reflex to critically examine and, unless justified, remove design features, such as shapes, colours or patterns, in a patent claim. This is because such features may render the patent claim both indefinite and unnecessarily limited. On the other hand, as highlighted by this judgement, a design registration for the appearance of a product must in contrast necessarily include some feature that is not technical, i.e., not solely dictated by its technical function.

This judgement further shows the similar considerations made when applying for a patent or a design registration. As noted, Lego´s design registration shows views of a Lego brick drawn with black lines, however without defining any specific colour, pattern or surface texture of the brick. This is similar to how a good patent claim, by including only those features that are necessary for defining the invention and providing patentability, gives the broadest possible protection for various implementations of the invention. Similarly to patents, an application for a design registration should include views of the product with enough features so that the design is novel and of individual character and thereby can be validly registered. The views should however not include features which unnecessarily limit the scope of protection.

Finally, this judgement shows that, as is often the case in IP law, small details that may easily be overlooked can still have a large impact.

The decision of the General Court can be appealed to the Court of Justice of the European Union (CJEU) which is the final instance. It therefore remains to be seen whether this judgement stands.

Unsure wether your idea should be protected by design or patent? Contact our experts!

Sources:
Press release No 48/21 from the General Court of the European Union
Full text of judgement obtained from https://curia.europa.eu/juris/documents.jsf?num=T-515/19
Pictures:
Glen Carrie (Unsplash)
Community design under No 1664368?0006