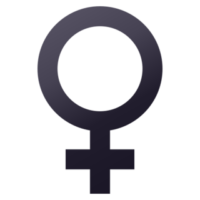 The field of inventions has historically been paved by men, and the title “inventor” has been held almost exclusively by men. Luckily for us women, all people need to be rescued once in a while. We guess it was not easy, but a few really hard working, clever, innovative, and brave women during the centuries have managed to save not just one life but many. Through their inventions such as bullet proof materials and fire ladder the world is now a bit safer for everyone. Come Tuesday, make sure you appreciate the women in your life a little extra. Until then, here is some inspiration telling you that anyone, no matter gender, can become a great inventor.

The patent system stem from at least 1474 when the Venetian Patent Statute was established. Despite its many years, patents have mainly been a male thing, with a historical large dominance of male inventors. However, in the recent years there has been an increase in female inventors. Before 1965, the percentage of female inventors were among 2-3%. Since then, the number (and proportion) of female inventors has increased dramatically, in 1980 women accounted for roughly 8% of the inventions and in 2015 the number was above 12%. In 2017 over 20% of the filed patent applications had at least one female inventor. But even historically women have been important in our technical development and some of the earlier important inventions stem from women:

a polymeric material (poly-paraphennylene terephthalamide, K29) was invented by Stephanie Kwolek in 1965. She was a Polish-American chemist who, at the time, worked for DuPont. Kevlar is a heat-resistant and strong synthetic fibre. Today it is most famous for its use in bulletproof vests, where it increases the safety for numerous policemen, militaries, and other safety personal on a daily basis.

in 1887, before she where even allowed to vote, Anna Connelly submitted a patent application for a fire escape bridge. The application related to a bridge type structure that attached adjacent buildings at the roof line. This meant that people could escape to the building next door in the case of a fire and countless human lives have been saved due to this invention.

was invented by the Swedish physician Nanna Charlotta Svartz in the 1930s. Nanna Svartz was not only an inventor, but also the first female professor at a public university in Sweden. Salazopyrine was the first medical product of the company Pharmacia and is still in use.

With the increase in female inventors the future looks bright and when not half the population is excluded from being part of the technical development it is more likely that we will benefit from more amazing inventions in the future.